Most of the readers I know, love to look at an author's photo. Most of the writers I know hate the idea of their picture being attached to their words. In that regard, I'm no exception. I mean, I write words, for heaven's sake--I'm not an actress. What does it matter what I look like? My writing should tell you everything you need to know about me. Please, keep my looks out of the equation.

Except I admit that I look at author photos, too. It's not necessarily the first thing I do as a reader, but I usually do it before I commit to buying the book, and then again (sometimes many times) while reading--the number of glances largely related to how I feel about what I'm reading. When I first read Wally Lamb's She's Come Undone in the 1990s, I kept returning to the author photo. I had so much trouble believing it had been written by a man. I looked and looked at his face, wondering, was he transgendered? Was he some sort of super-sensitive male creature? What makes this author tick?


Reading my first Malcolm Gladwell book, Outliers, I was intrigued by his author photo, too, especially his splendiforous hair, which I know has nothing to do with what he writes, but his photo and the subject he wrote about felt oddly mismatched for me. Revisiting the author photo was evidence of my continued incredulity: "This guy wrote this?" (I've since reconciled the author image and the book's content.)

If a book is funny, you want to flip to the back and see a photo of someone who looks like there's an amusing anecdote just waiting to fall from her lips (calling Erma Bombeck!). If it's a book about science, you want to see the scholarly author ready to expound on her topic of expertise. For One Life to Give, the non-fiction book I co-authored, with its inspirational/educational focus, we chose author photos that showed us looking trustworthy and understanding. 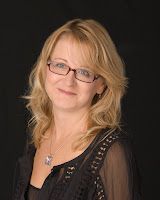 As an author, I think it's difficult to know when it's time to update the(dreaded) author photo. I've been to plenty of readings where the author in question is a good twenty years older than his or her most recent official author photo. While I understand the impulse to present your best, youngest self, that older picture isn't really a picture of you anymore. So I've decided that every ten years is a good benchmark to shoot for. And this fall, when I still had a smidge of my summer tan and backpacker's fitness left, I decided it was time. I bought tooth whitener. I got a really good haircut. I bought two new shirts. I actually got excited about getting my picture taken, convinced that I could be happy with the results. (Apparently I had forgotten how seldom I see of a photograph of myself that I actually like.)

Oddly enough, I found that my previous author photo often caused readers to exclaim, "Oh, you look so much younger in person!" when they met me, which I found very strange. How often does that happen to an author?? And what was wrong with that photo? Was it the pose that made me look older? The outfit I was wearing? The use of a black-and-white image? What? Whatever it was, I knew that I wanted my updated author photo to go in the other direction this time.

So I tried for a look that might be labeled "hip" if it weren't for, you know, the fact that it's a photo of a writer. (Apologies to all my hip writer friends out there, but surely you know you are in the minority.) I was pretty sure I wanted my photo taken outside. I write a lot about the natural world, and I am far more comfortable outdoors than I am cooped up inside. I thought I wanted a photo with my fins, which led to an option that I decided was fun, but not really author photo material.

Then we shot some in color, against a rustic doorway, but they felt too smiley. What I had in mind was a photo that would depict me as serious but approachable, intelligent but fun. I understand that's a lot to ask of one image, but we kept trying. We even gave the studio shots a whirl in both black and white and color, using different backgrounds, wearing different clothes, striking different poses, looking in different directions. The photographer was very patient. In the end, I decided to go with the leather jacket image that I have made the "face" of this blog. Although I will happily take a publicist's advice when we get to that stage.I'm looking forward to it. :)
Posted by Mary Akers at 8:41 AM

Email ThisBlogThis!Share to TwitterShare to FacebookShare to Pinterest
Labels: On Writing

Mary, I LOVE the second to last one. Love, love, love.

And you look twenty. In all of them.

It's so hard to know just what image to project. But I have noticed a trend to the outdoor author photos lately. They seem more casual than the studio portraits, I think, making the author seem less removed.

Mary, these are ALL terrific!! You look great! Relaxed, approachable, fun, AND hip.

I think it's an excellent choice. Before I even finish reading I new this is the photo you should keep. You look young, peaceful, and modern just like one of us. Beside the other pictures makes you look like an auntie.
ביטוח דירה 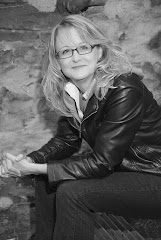 Women Up On Blocks 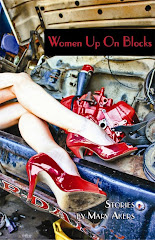 One Life to Give: A Path to Finding Yourself by Helping Others